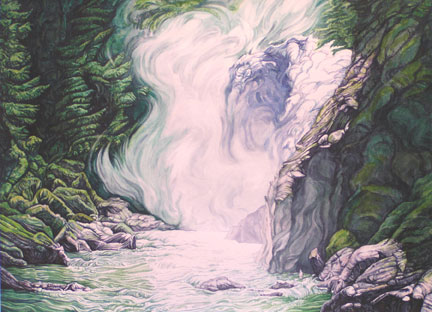 Living and working at the very entrance to Wells Gray Park in Central British Columbia, allows me to draw upon an endless source of inspiration.  Through personal involvement and intimate study, I strive to honour the elemental spirit inherent in all things.  I hope to invite contemplation through a reverent and humble approach to my subjects.  Through these examples of my works I hope to describe my development as an artist and craftsman.